The final design for the ECP development was publicly revealed on 27 August 2021, following final confirmation of the development approval.

The design now includes a façade with shaded and landscaped terraces to control heat gain, while allowing entry of natural light and maintaining external views. The slope of the building is configured to avoid overshadowing of the heritage listed Boab tree to the south of the building, which will form the centrepiece of a large, landscaped forecourt. The façade/external wall design and appearance of the building has developed significantly, and has successfully addressed issues raised during an extensive stakeholder engagement phase.

Local builder Halikos Constructions was awarded the Phase 2 Contract works in October 2021, covering the design finalisation and construction of the main building, which is programmed for completion in the first quarter of 2024. This engagement followed their engagement in an extended ECI phase (Jan to Sep 2021) and an early works phase (Aug to Oct 2021). 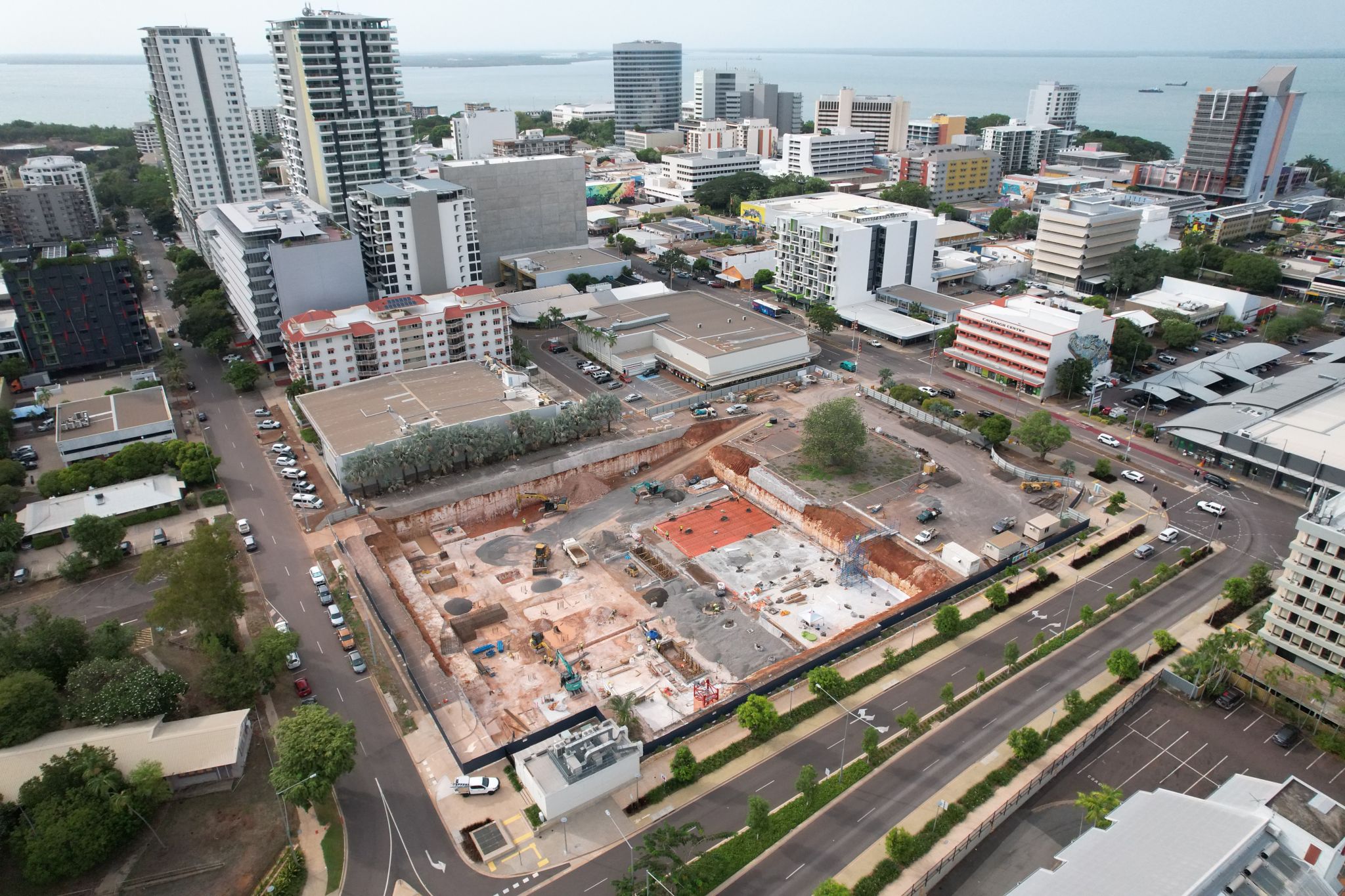 Significant in-ground works are progressing with footings and basement slab well underway. Footings include three raft slabs, each 2.0m deep, containing over 1.300m3 of concrete! Due to the thickness and volume of those pours and ambient temperatures, a number of special provisions were adopted in concrete mix design to avoid excessive heat during hydration (hardening); these included adoption of low heat cement, adding ice to the mix, pouring at night and temperature monitoring of each core/slump sample taken on arrival of the concrete mix taken upon delivery to site. 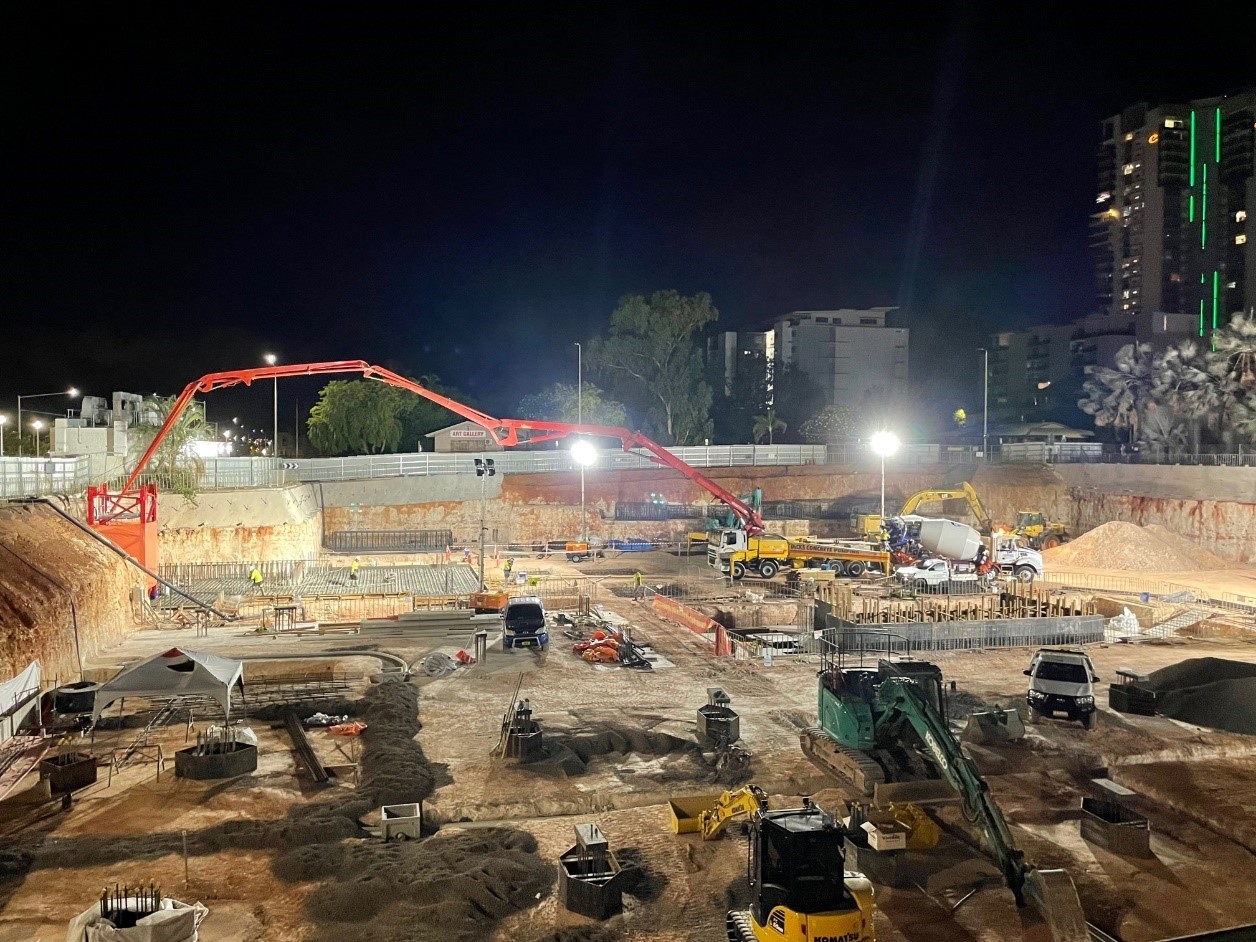